EATING IN LABOUR: WHAT’S ON THE MENU? 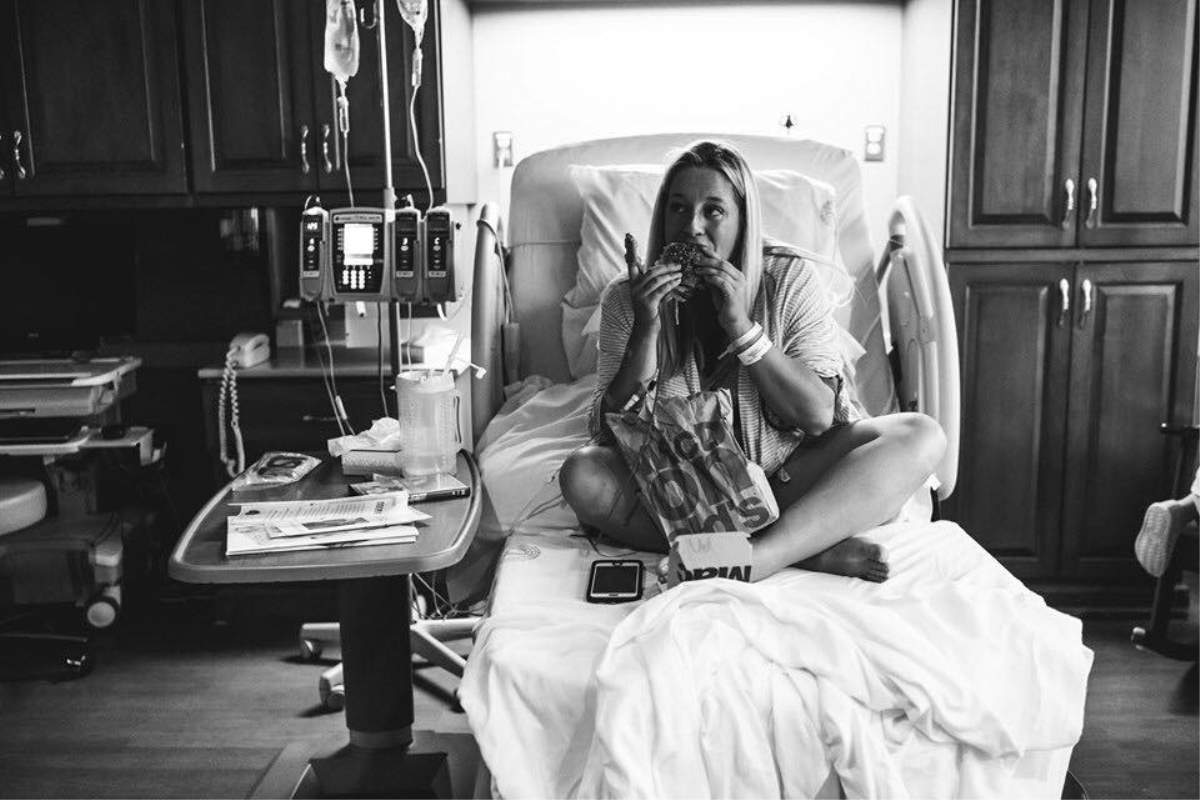 Where do the ‘rules’ come from?

Historically, eating in labour was a no go. This originated in the 1940’s, when women were given anaesthetics such as Chloroform or ‘Twilight Sleep’ (causing unconsciousness and limited to no memory of birth). These were inhaled and had a high chance of ‘aspiration’, where stomach contents are inhaled into the lungs. This process is known as Mendelson’s syndrome. Through a process of trial and error, it was recommended that aspiration could be prevented by avoiding oral intake and replacing it with IV (intravenous) fluids. This practice has continued, despite times changing substantially.

What do the guidelines say?

In the present day, there are varying guidelines on eating and drinking in labour. Commonly, ‘low risk’ women, meaning those with no existing medical conditions, are able to eat and drink freely if they wish during labour. However, some doctors/midwives would advise women with more complex medical issues to avoid any oral consumption, due to the possibility of needing surgery.

Anyone in the population could require emergency surgery and would not have fasted prior, medications can be given to reduce the chance of aspiration. Not consuming any oral intake is a preventative measure against this.

Another reason that it may not be advisable to eat during labour is if an epidural has been sited. The way an epidural works, is that blocks nerve signals in the lower body, this includes the stomach. Stomach activity can slow down due to this, so anything consumed may not move through your digestive system at a normal pace. Theoretically, this could increase the chance of aspiration, although there are no studies into this at present.

In a recent study, 60% of people stated they did not drink during labour and a huge 80% say they did not eat. Does this even matter though?

Why is eating and drinking important in labour?

Well, the energy requirements of a woman in labour are massive. In simple terms, labour is a form of exercise. The uterus muscles are tensing and relaxing, requiring a large amount of blood, oxygen and glucose (sugar) supply, to the body, to maintain energy levels. Carbohydrates are considered the most effective energy providers in labour and will prevent the process of your body breaking down its own fat, to create energy (ketosis). In this case, it can lead to you becoming tired very quickly.

Several studies have suggested that women who consume some form of nutrition in labour have shorter labours and women felt more satisfied when they were nourished. There have been no studies in recent years which have found cases of aspiration.

Women do tend to limit their food and drink intake as labour progresses and some may feel nauseous in labour. However, it is always your right to choose whether you wish to eat and drink throughout.

The bottom line – is eating a wise decision?

No one can tell you what is best for you. This is a decision that you can have with your care provider, the majority are very happy to support you in consuming what you wish and would encourage you to do so. However, there may be individual circumstances that it would need to be discussed on an individual basis.

Physiologically, it is important to nourish your body, to give you the energy to get this baby out. Eating little and often, taking sips of water and sports drinks can be incredibly beneficial for your body.

Some of my recommendations are:

Cereal bars
Bananas
Rice cakes
Jelly babies and other sugary sweets
Glucose tablets if you cannot tolerate solid foods
Plain biscuits such as rich tea, digestives
This may be something you never even considered, but there is a reason that midwives tell you to fill your bag with snacks! If you want to learn more tips for a positive birth, find your local Little Birth Company hypnobirthing instructor and visit our social media pages ????