A Positive Induction - The Birth of Teddy 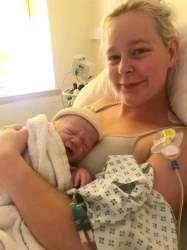 I had the pleasure of supporting Chelsea and her partner Harry, both through hypnobirthing and as their student midwife during pregnancy and the birth of their first baby, Teddy! Chelsea was a star and both her and Harry worked so well as a team. It definitely didn't go as she had intended, but nevertheless, she was content with her experience and I put that down to hypnobirthing. Here is her birth story!

Monday 5th August at 8:00am I went into hospital to be induced, I had a pessary applied at 11:00am and started to get very mild sensations at 12:30pm.

I didn’t stop walking around and bouncing on my ball so the discomfort only got stronger.

It hit around 9pm that evening and they were so much stronger & I was put on a monitor to check the strength and baby’s heart beat.

(May I just add this WHOLE labour my little teddy bears heart coped really well, considering he is so so small he showed no signs of distress and was as cool as a cucumber, gets it from his dad ;) )

It got to 11pm on the Monday and I was very uncomfortable, I was sure I was in labour, I got examined to be told that I was only 1cm, the feeling you get is honestly like you cannot do it, if your in that much discomfort now how on earth are you going to get to 10cm, I was feeling like this until 3:30 in the morning- my waters broke at 3am so I was begging to be examined- they didn’t take the pessary out after my waters broke and they examined me and said I’m still 1cm...

They had to move me to labour ward anyway at 1cm due to the discomfort I was in and that my contractions were coming every 40 seconds.

I got to the labour ward and at 4:30am they took out the pessary, they told me the reason I was contracting so frequently was due to them leaving it in when my waters broke.

At 6:45am I finally gave in and asked for some pain relief- I had the pethidine which slowed down my contractions (at this point that was heaven) so I went from 12:30pm Monday afternoon to 6:45am Tuesday morning with no pain relief at all!

The doctor came in and could see the distress and pain I was in and told me to basically get the epidural- so at 8am that is what I done & for any ladies out there scared or not wanting to get it, FACE YOUR FEARS- because it was the BEST thing I had ever done!

The epidural kicked in and I was laying there in no pain at all! It was so relaxing and just what I needed. I got examined at 10am and they told me I was 6cm! So I had dilated so so quick and they didn’t need to put me on the IV drip as things were moving along.

They gave me 4 hours to dilate a further 4cm which did happen, then they gave me a further 2 hours for his head to turn as it was sideways, so at 4pm he was ready and I was pushing.

With the help from Hannah and Harry, I started to bring our beautiful boy into the world, he has his cord around his neck but within 31 minutes I pushed him out💖

Every single contraction, tear and stitch was so so worth it and I would do it all over again in a heartbeat, my Teddy bear is one of the best things that’s happened to me and the love I have for him is indescribable. 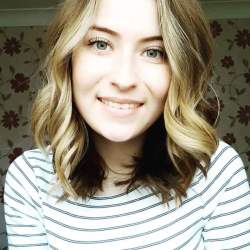