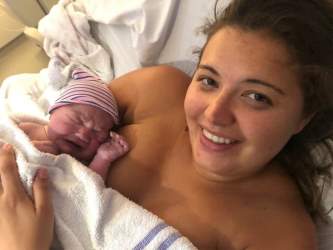 After a very trying and emotional 3years of recurrent miscarriages (some of which late in pregnancy) getting to this point in this pregnancy was very surreal and overwhelming for my husband and I.

With such negative experiences on having a baby, I really needed to switch my brain off from the negatives and focus on this new pregnancy and having a positive birth experience.

Through the sessions with Wendy, I was able to address my fears and learn tools and techniques to ensure I had the positive birth I needed. We went away equipped with hypnobirthing affirmations and meditation mp3s which we put on every night and I felt very excited about the pending labour and to meet my miracle boy.

At 37 weeks I had a scan saying my baby was measuring “big” (~8lbs 3oz) so they were predicting at least a 9lber. I even had a pleasant comment from the sonographer who said “you’re quite big for a woman so it’s not surprising you’re having a big baby” - charming! I was asked to come back to speak to consultant a week later.

During that consultation, shoulder dystocia was drilled in to me as a risk of letting this pregnancy continue any longer and was guilted in to having a sweep that day (fri), the following Monday, Wednesday and then an induction on the Thursday. They wouldn’t let me leave without induction booked in. I had the sweep which felt ok, but I did feel very uneasy coming out of the hospital because I didn’t like the decision.

I spoke to my husband and Wendy feeling very worked up about what was happening. I was reminded that this was my baby, my body and my body is designed to birth this baby and that it was my decision. After being calmed down and some research on the internet, I had decided not to go back to the hospital and I felt so much better as I was taking back control.

My decision didn’t make much difference as unexpectedly at a wedding (2hrs away from home in the middle of a field in wales) I got the show (8:30pm). We decided to head back just in case things started to happen (9:30pm). An hour into the journey I started getting stronger and stronger period like cramps. I didn’t want to say anything and panic my husband who was driving so continued with my breathing and listening to my hypnobirthing recordings. We got back home (11:30pm) and went straight to bed to get some shut eye in case things did happen in the night. 1:30am I woke up with a surge. I had my recordings on, on the exercise ball and a bath and just tried to remain as relaxed as possible with the TENS machine to help me through. Surges started 7mins apart. By about 3:45am they were 2.5-3mins apart.

We called the hospital and they said it was ok for us to come in but there is a risk I’d be sent home if not in labour (a bit patronising on the phone as it was clear that as I couldn’t talk through the surge that something was happening!). They advised us to leave all our things in the car just in case. By 4:15 we were in the labour triage room. They assessed and said I was 4cm dilated (sigh of relief!) but I couldn’t have a water birth due to the weight of the baby (expected 95th percentile). I was frustrated but needed to remain calm. They said I could labour in water but not deliver. They then sneakily led us into a normal labour room and a water birth no longer mentioned. They didn’t even check my birth plan despite my husband trying to show them and started asking me loads of questions (I ignored them as my birth plan stated I didn’t want to be spoken to).

Continuing with just the TENS machine, 30 mins in I felt I needed to push... I was told not to as was too early. I insisted I needed to and after some time of trying to avoid pushing but not being able to they assessed me and I was in fact fully dilated.

I was then advised to continue pushing. I remained on my back as the head was coming round and out quite easily in that position.

Before I knew it, head was crowning and I was doing short breaths to get his body out. I was just in shock at how quick it all happened and I just had so much adrenaline when I knew that i was going to meet my baby very soon.

When he delivered at 6:38am at 8lbs (so in fact only 75th percentile), we had skin to skin and waited for white with his cord which took about ten minutes.

I felt so empowered and proud of what my body had just done and how perfectly my little one was; delivered safe and well.

Although some parts of the delivery were frustrating (no water birth and plan not being read) overall I had the most amazing labour and felt it couldn’t have gone any better.

By remaining at home as late as I could in comfort of my home, staying focused and relaxed meant my body relaxed ready to bring this miracle into the world.

Wendy really prepared me mentally for this and I have her to thank for this amazing experience. 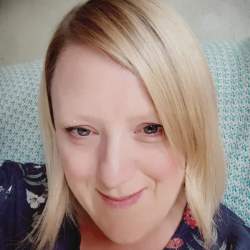