The Birth of Logan

My first labour was long and I wanted to do everything I could to avoid that this time round. I needed an episiotomy and really felt like I'd been hit by a bus afterwards.

My friend had recently become a hypnobirthing teacher and had been talking about hypnobirthing on social media so I contacted her to find out more and thought let's give this a try. We signed up for classes. My friend came out to our house and we really enjoyed the classes - they were really informative and we laughed a lot!

I decided to buy the positive birth company digital download as a supplement to remind me of what we had learned as we attended the course in October and I was due end of January. I also really liked the MP3s - the journey being my personal favourite.

So to my actual labour.... I had been 4 days late with my first and so had expected to go late with my second. Initially I had thought my due date was early February not late January and so I wasn't getting too excited about my due date.

My midwife had been so supportive with our decision to have a home birth and all my birth preferences. She knew I didn't want a sweep and wanted to avoid an induction so there was never any suggestions or "do you want..." at my later midwife appointments. I saw her at 38+4 weeks and the baby wasn't engaged and although I was on maternity leave I didn't feel ready. When I saw her the next week (at 39+5) this had changed and I had been feeling tightening but just thought they were Braxton Hicks. My baby was engaged (about 3/5 she reckoned). All the other checks were fine so we booked another appointment for a weeks time and I headed off to pick up my son from nursery.

When we got home I decided to finish putting up the positive birth affirmations around our living room. When my husband, James, got home from work (about 5pm) I was having more tightenings so I said I wasn't sure what was happening but something had changed. By the time we were eating dinner at 6ish I said I wasn't sure if this was a false alarm or not and maybe we should give my parents a call to see what they wanted to do as they were lined up to take our son and our 3 dogs when everything kicked off. Mum and dad decided to take the dogs and my son - if nothing else it would be a trial run. So we finished off their packing and off they went. James decided to get the pool blown up just incase and we put the battery powered fairy lights in position and then we headed to bed to try and get some sleep. I didn't manage much as by now I had a pretty good feeling that I was in the first stage of labour. I told James to go to sleep as there was nothing much he could do at this stage so he might as well get some sleep.

I used the Freya app (for Android! Yey!) to time my contractions. I managed on my own until about 3am when they were getting more and more intense and I felt I needed some support so I woke up James and basically ended up doing this weird side to side slow dance step with him during each contraction whilst doing my up breathing - I've no idea why... It just felt natural. In between contractions I listened to the MP3s. At about 4.45am, the app told me I was in established labour but I decided to wait until about 5.15 so see it was a fluke or not (I think I was still in denial that I was actually in labour!!!) and they were still coming regularly. So we called the midwife unit at the hospital, explained we were a home birth and what was happening. They got the on call midwife to call us back and the first midwife arrived just after 6 with the second not long after. I agreed to be examined and was surprised when she said I had gotten to 6cm on my own! This was happening!

The midwives left me to it. James was my by side for every contraction. He kept reminding me to relax and mentioning things we had laughed at during our hypnobirthing course. I was aware of the midwives milling around me but they didn't interfere. At one point I felt a loud pop which I think was my waters breaking.

I was making the weirdest noises, trying to do my down breathing. My contractions were coming quicker and quicker.

At about 9am my midwife who I had been seeing throughout my pregnancy arrived as she had heard that I had gone into labour. She kinda took over from the other midwives and was there with me til the end! All 3 midwives were fantastic but I was so pleased that my midwife who had looked after me was there. I kept on labouring as my contractions were coming quite quickly now until I suddenly felt a major release and my midwife said "reach down and get your baby". And I did! I had done it! I felt amazing and so proud!

We waited for the cord to stop pulsating and then James cut the cord. James had some skin to skin whilst I got out the pool and into the sofa and then birthed the placenta naturally. My midwife checked me over and wasn't happy about doing the stitches I needed at home so she advised we popped up to hospital so she could see everything properly. I agreed as I wanted to make sure everything healed as well as possible.

So the midwives continued to tidy up, do the checks they needed to on me and Logan and then when we were ready we drove up to hospital and they followed us up. They had a room waiting for us. I got the stitches done and then we were free to go! We were home for lunch!

I can't believe how different my birth experience was this time to last. Yes the contractions were intense but hypnobirthing techniques really helped cope with them. James was absolutely amazing as were the support I had from my hypnobirthing teacher in the run up to everything. The digital download was really worthwhile downloading and I had the MP3s on throughout my whole labour. My midwives were so supportive of what I wanted. I can't recommend hypnobirthing enough! 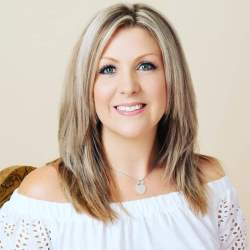