THE BIRTH STORY OF HARRIET 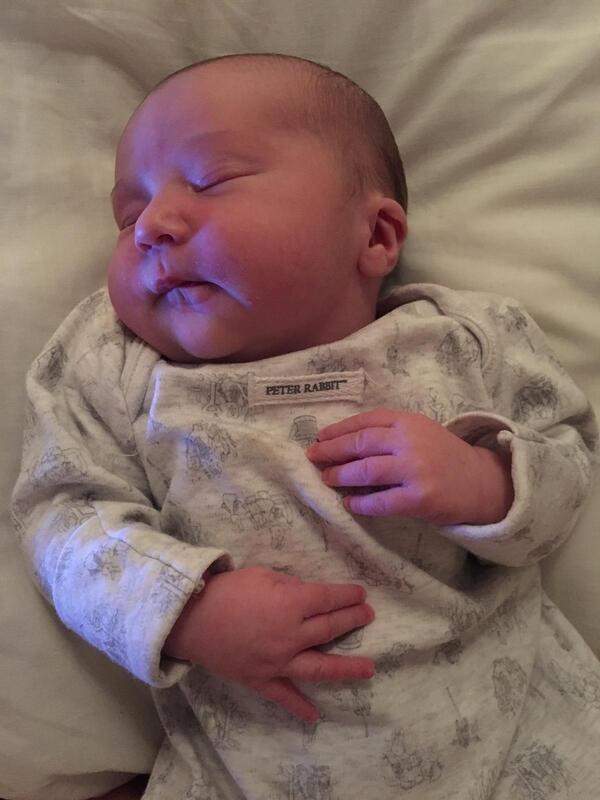 Hi lovely, I’m so sorry I haven’t been in touch. So I’ll try to keep it short but this will be a shortened long read.

From when I spoke to you last time over txing when I think I hit rock bottom with the whole situation I was desperately struggling to deal with or come to terms with baby being breech when I had been told all through the pregnancy baby was in the correct position, all was well and good.

It all went from being so natural, calm and patiently waiting for baby to come, to then it being so medical and scary, I couldn’t believe we found out 7 days before the due date baby was breech!! I didn’t have anytime at all to mentally prepare myself or even try to fix anything,
All of the last week of that pregnancy was hospital visits, scans, stress, an unhappy little Theia, (no doubt an unhappy newborn in my tummy too with all the poking and prodding) and poor Charlie used up every single one of his holiday days for the year, so after coming to terms with the fact baby was not willing to turn, after the two ECVs and me hanging upside down on ironing boards and sofas i contacted the local chiropractor to see if I could get them to help align my pelvis and perform the Webster’s technique on me but it something that needed to be done over a 6 week period or sooner for the real benefits to show! My other issue was, I had been given a time limit, I had until the 30th this month to get baby or I was scheduled in for section, this was the very thing I didn’t want for so many reasons, this was exactly what I was avoiding!

I called the hospital and informed them I was refusing the section, reason being that baby and I were perfectly healthy and fine and the only reason I was put in for a section was because not many ladies opt for a natural with a breech, and I opted to go natural…. i also said to them I’m requesting a sweep also, they gave me an appointment the next day to discuss with a doctor because they don’t mess around with a breech they like to allow a breech to start labour naturally, but I knew with Theia it was the sweep that made her come when I was over due and I 100% knew my body was ready for this baby to come out so I knew the sweep would be what was needed (I hoped)
So the next day at 11 I met with the doctor and thanks to my lucky stars he agreed to do it, I was so happy!!!! I won’t lie either he did try to scare monger me too and say usually it’s the other way round and people are usually scared of the vaginal rather than the c section like I was ????‍♀ I knew in my mind what I wanted and I wasn’t going to change it either.

After the sweep I went home after and waited it out. I was feeling the usual strong Braxton Hicks but they was definitely more in a uniform pattern as the day went on, I told Charlie and Cheyenn my sister to be on stand by. At around 2am this one contraction woke me up with such a slap my toes scrunched up! I got up started walking about doing my breathing and with every other contraction it was even worse, they were only like 8-9 minutes apart but they were bad boys, then I lost my plug completely, just how I did when I went into labour with Theia. I absolutely knew it was game on! I got Charlie up, called Cheyenn and called labour ward and because I was breech they said to come straight in. So off we went to Harlow and we were put into an assessment room first where I had all my obs done. Cannula preparation for any emergency’s, the team were introduced to me, about 5 of them ????‍♀????‍♀ I honestly just thought at that point (f off) but I suppose it something they have to do.

I had my lavender spray with me, my coconut water and lucozade, my eye mask, I was breathing away I had the amazing morphine shot in the butt and I turned the lights off and zoned out ????????????????

The lady examined me and said I’m still 3cm which worried me, but contractions were still gaining and getting closer, eventually I got moved into an actual labour room, which was so big, light, white and clinical, I didn’t like it at all it was horrible, the bed was in the middle and next to it the baby resus table. By that point i got my gas and air ???????????? I was happy and I had the best midwife ever with us, I had a little cry coz it was so strong and powerful and she checked my cervix again and I was 8cm by then, I was getting them urges to push, but had to not push yet so i had to ride it out and resist the temptation to push, every time I had a contraction I’d slip my eye mask down, boost the tens machine and sniff my lavender spray and zone out till it passed.

I was sat at an awkward angle hanging off the bed with one leg on the floor and the other bent back on the bed, so I pushed myself to the side and pop went my waters literally all over Charlie and the midwife LOOL my waters were brown with meconium, they said it was ok baby had already done the poo and not to panic, so I switched my position on the bed and said I’ve got to push, I was kneeling over the back of the bed with my butt on show to the world, I had a few people come in the room at that point, one to resuscitate the baby if needed, one to help me or if an emergency section was needed etc, the urge to push was strong I said I can’t not push , so i did with literally every might of me, I felt the baby coming down, then I heard the midwife say to Charlie look can you see, see the bum, awww it was the best thing I heard, it was all down to me to get my baby out safe and sound now, I pushed and pushed and kept feeling the baby kinda go back up, I worried about this too but I just kept pushing, I felt a contraction come and I’d wait for the peak and push again and then I felt more of the baby come out, then I felt the movement, it was one leg flopped out, I pushed and the other leg flopped down and out, then the little body, then one arm at a time then I felt the head, ooooooooooh boy I felt that not so little head come down, that’s when I thought shit this is the part where baby can get stuck, so I pushed till I almost exploded my own eye balls out and out popped the baby ???? YAYYYYYYYYYYY, i heard the cries almost instantly Charlie was crying, I couldn’t see what was going on because I had my back to it all, I couldn’t hold the baby because the cord was too short, (this was why baby was breech) they had to prematurely clamp and cut the cord, just before that happens Charlie had told me in my ear we have another GIRL YAYYYYYYYYYY I was elated, my little Theia has a very own baby sister, which she was saying allllll along bless her!

After the cord was clamped I got my skin to skin, and saw how much this little lady looked like my other little lady, it warmed my heart and I felt so relieved she was safe and I was safe and we made it!!!!! Baby Harriet mailer arrived at 11:37am weighing 7lbs 13oz big bubba compared to my little Theia, she was only 6lb 11oz the midwife said she wished the whole birth got filmed lol it was a good one!! All the people that came in and out were for experience or wanted to see a breech baby coming into the world lol Over night some of midwifes came round to introduce themselves and let us all know to ask for help anytime, and as I was explaining my birth ect she informed me she already knew, all the staff over the following 24 hours had been briefed of me coming in in their hand overs, (felt like a celebrity lol) I’m the breech lady I said ????

Ahhhhhhhh but what a hard and brilliant birth it was!!! I had to stay on the birthing unit so Harriet could have obs for 12 hours, Theia and Harriet got to meet each other a few hours after, she’s such a great big sister, she’s so helpful and not fazed much, I’ve struggled with the changes more than any one, I felt bad for Theia like she was having her home taken over, I didn’t want her to feel unloved or anything, so I’ve been a bit emotional about that, Harriet literally sleeps, eats, poop and sleeps some more lol she’s great!!! Such a little beaut!!! I’ll send you over a few pics of the day. xxx

I learnt also that if the breech isn’t turning then to leave them, they maybe can’t, like in my case because the cord was short, or it’s just the fact they are happy in that position for what ever reason.

Thank you so much!! I am honestly so proud how this birth eventually planned out! It couldn’t have gone any better! Honestly Azeeta if it wasn’t for your classes my breathing techniques my focus and my zoning out wouldn’t of happened and they were the very things that got me though this birth.

Huge congratulations to Lauren on her amazing breech birth story. Huge thank you to everyone at Harlow Hospital, Princess Alexandra maternity, for being so instrumental in this positive birth story.